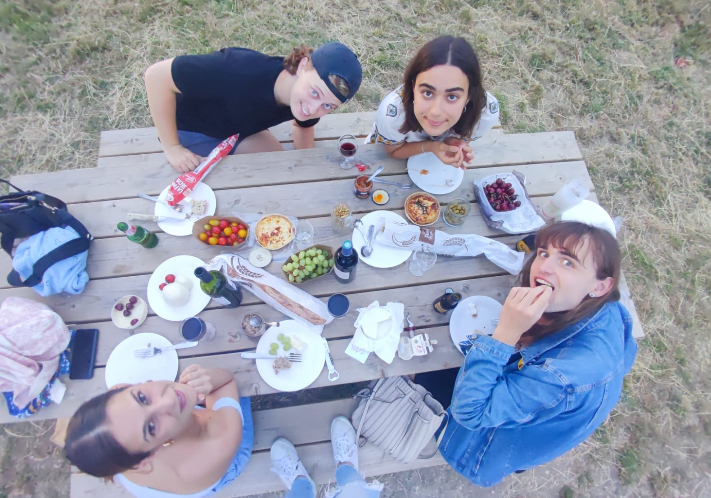 Hey ! My name is May and I am 20 years old. I started my European Solidarity Corps in Saint Caprais-de-Bordeaux in October 2021. I spent exactly 10 months in France, which was an  unforgettable time.

Together with Maria, I worked over the winter with the children in the institutions, the Communauté de Communes. Together we played, made crafts and did sports. Even with my still  basic knowledge of French, this worked out well. During the time when there were no children in  the facility, we were able to plan our projects for the following months. In doing so, I was guided by my interest in computers. For the children in the surrounding institutions I wanted to plan  technology workshops in which they learn how to operate and program a computer. In February we  were able to present our projects. Thereby Maria and I could convince with our exciting projects. 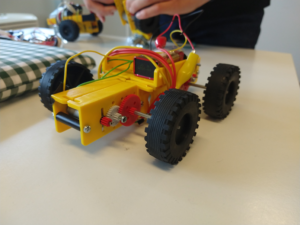 Finally we started with our projects in March. In the first weeks I experimented on the robots with  the children. The children could then play with them and try their hand at their first programs. It  was always very nice to see what the children made with and from the robots. We often built routes  for the robots out of Legos and wooden blocks, which was always a lot of fun. The creativity of the  children was always very inspiring.

Therefore, in April, I was inspired to create a portal for the kids, where they can see their achievements, but also you can see their achievements. That month I also  set up three more computers to teach the children how to program websites. This was a great  success! The children were able to create about 60 beautiful websites during the year. You can see  them on « atelier.jeffsky.de ». During the vacations in April I was able to organize a one-week  workshop with the kids at Club Ados. There we built and programmed robots. Finally, I continued  with my workshops until the middle of June.

After that we were prepared for the work camps in  July

In the FDA (Formation des Animateurs) we learned which tasks and duties a group leader has  to fulfill. There we met many nice people. In July we continued with the work camp in Fargues Saint-Hilaire. In it, Maria, Mads and I set up and organized a festival with eight other volunteers.  On the three festival days, we helped to sell food and drinks and had to set up the festival and take it down again. This was a nice time, but also quite exhausting. 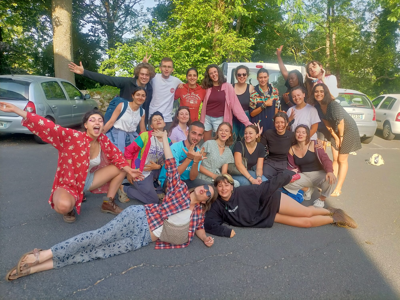 In summary, I am very happy to have done my ESC volunteer year. I was received very friendly and met many nice people, some of whom have become good friends. This year has shaped me very  much and I will look back on this year with beautiful memories.

Special thanks to Melanie, Emmanuel, Guillaume, Laurent, Lucie, Martina, Marzia, Mads, Maria,  Michela, Elena, Jérémy, Pierre, Mathilda, Audrey, Elodie and Concordia, who made it possible for  me to participate in this project.

My ESC experience in Nouvelle Aquitaine

Hi everyone ! :-) My name is María and I have been a volunteer on an ESC with Concordia Nouvelle…

Hey ! My name is May and I am 20 years old. I started my European Solidarity Corps in Saint…